My airline of choice when flying to Hawaii is usually Hawaiian Airlines. It’s nonstop from JFK to HNL, prices are usually reasonable, and they serve food + a glass of wine on the flight. But I’ve recently discovered Alaska Airlines, which we flew on our last two trips to the island. It was because the flight was considerably cheaper, so having a layover seemed like it was worth it. On both trips, the layover was at Seattle Tacoma for about an hour or so, and if you have Priority Pass, there is a lounge (the Club SEA) you can use in that terminal. 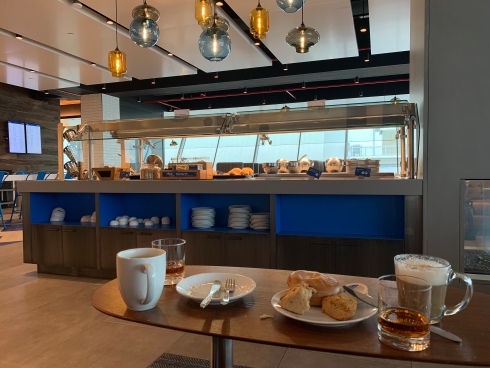 With Alaska Airlines, I also have the option of flying out of JFK or Newark. JFK has an Alaska Airlines lounge (which again, you can use with your Priority Pass), but Newark is closer to home. Flight times/layover/prices are pretty similar so it’s really just a matter of which airport you prefer to fly out of.

Here were some of the perks to flying Alaska Air:

Overall, it’s a pretty comfortable flight if you don’t mind the layover. Sometimes, I prefer this option rather than the nonstop option since this gives me a chance to stretch out my legs. And I’m saving money on the fare!