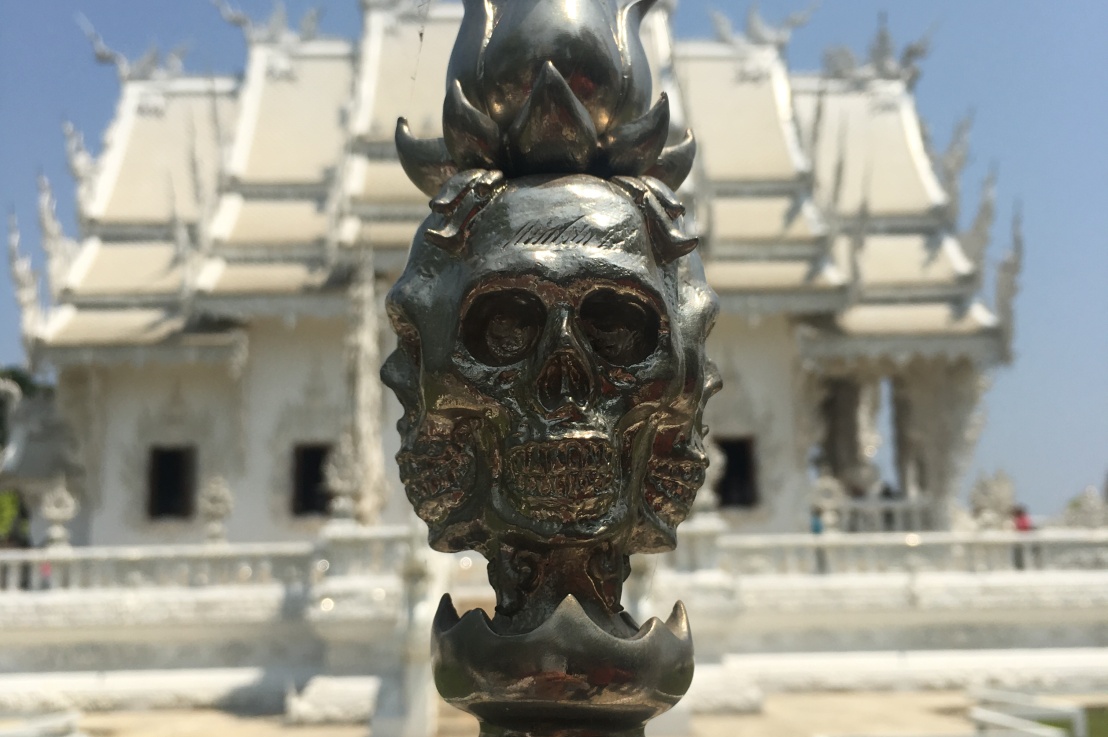 Wat Pho (officially Wat Phra Chetuphon), also known as the Temple of the Reclining Buddha: Bangkok – this is where you’ll find a 151-foot long golden Buddha, laying on his side. All of the guidebooks and websites recommend you to go bright and early, when it opens. We didn’t make it there until around 1 pm and the crowds weren’t too bad. The line to take a picture with the Buddha was surprisingly orderly. (Entrance: ฿100 ticket includes a bottle of water) 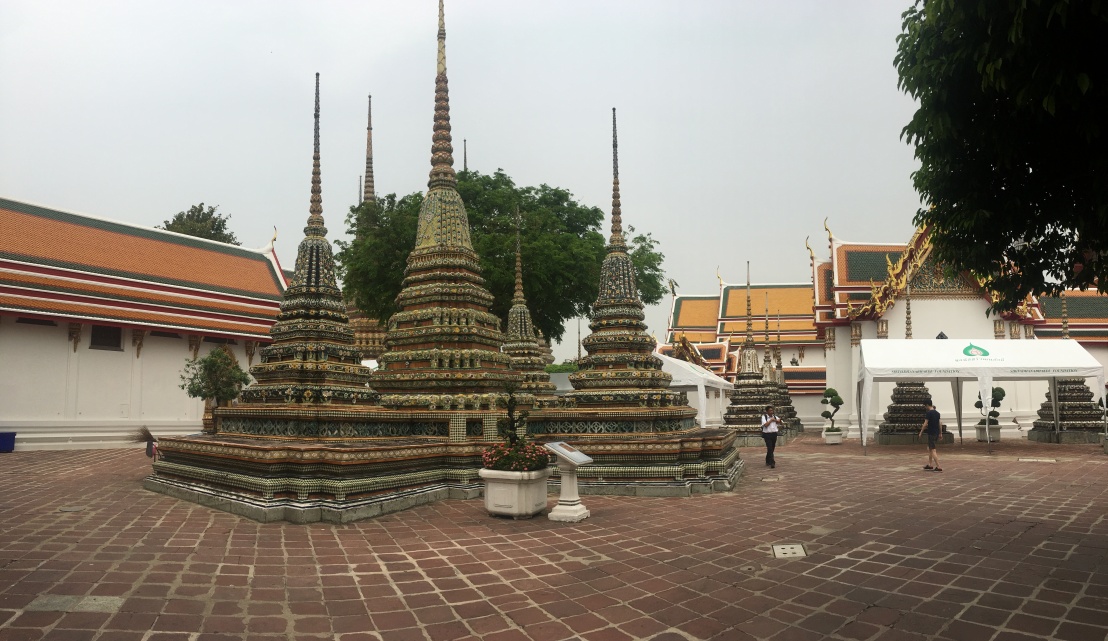 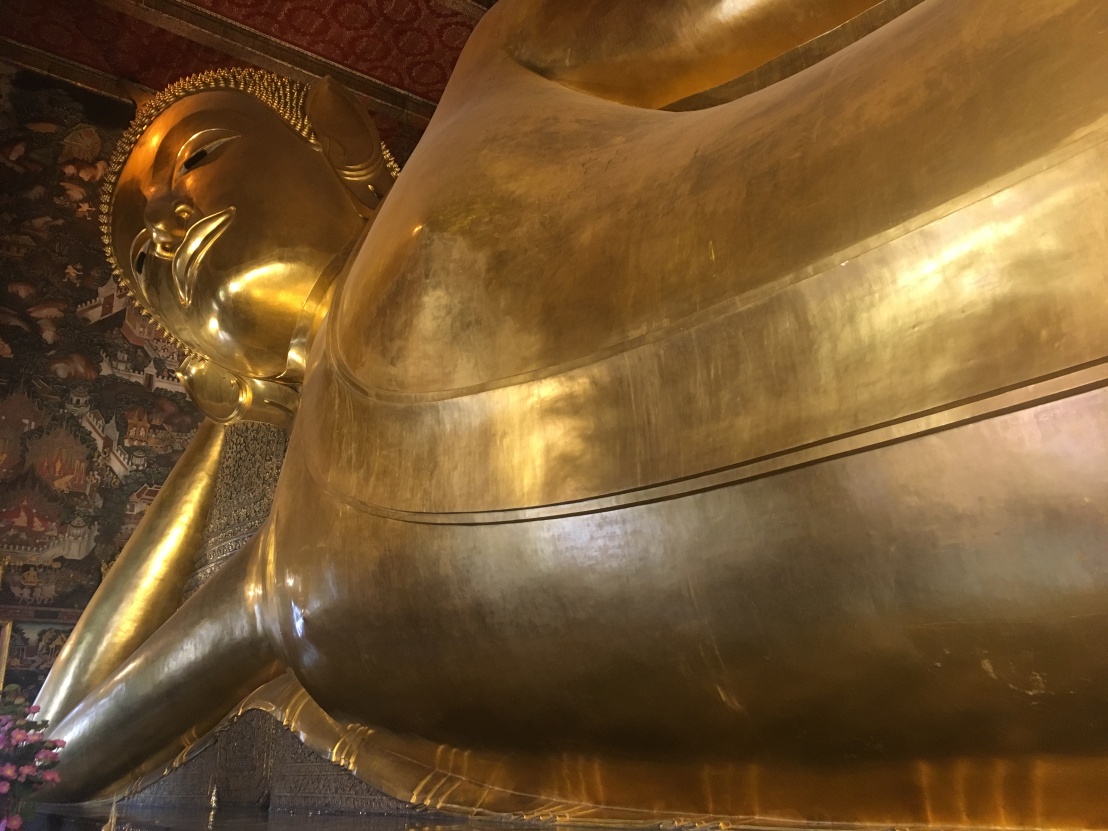 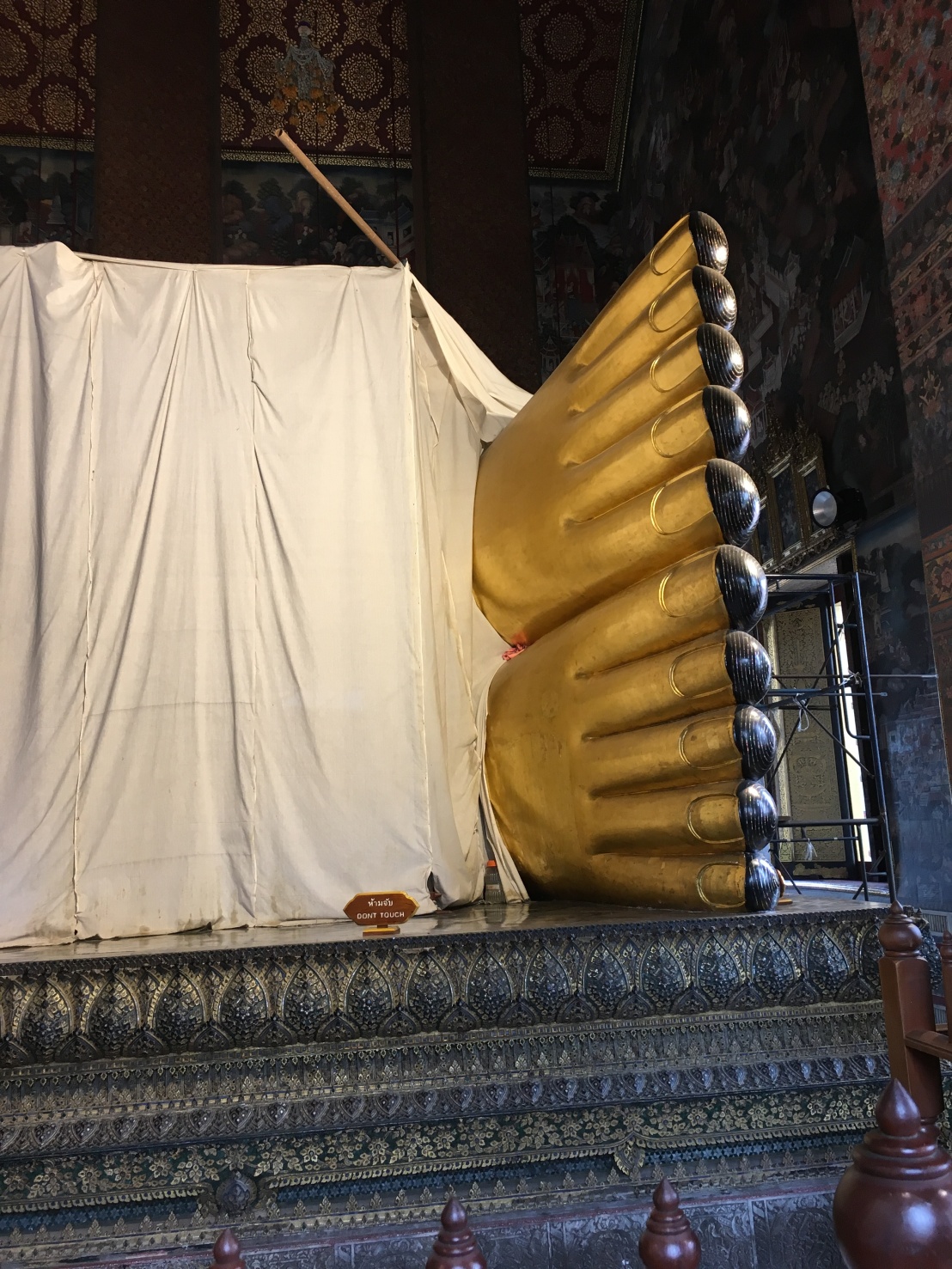 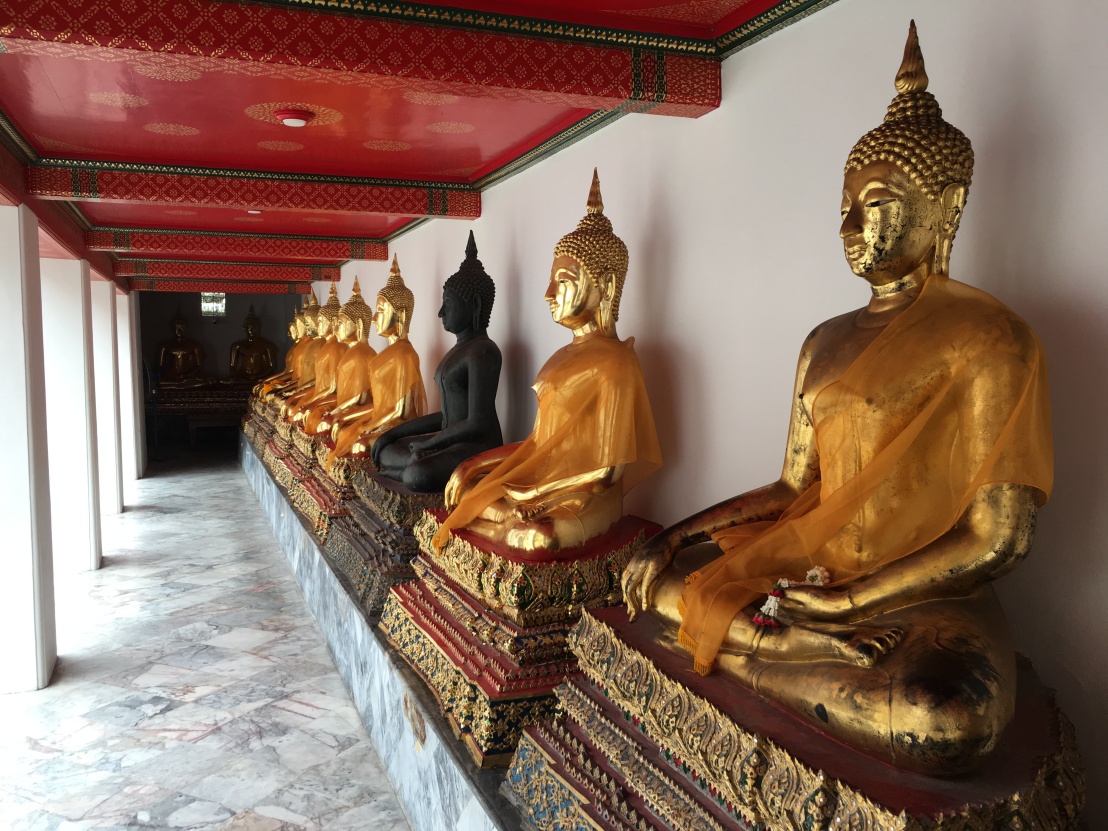 Wat Arun (officially Wat Arun Ratchawararam Ratchawaramahawihan): Bangkok – after we went to Wat Pho, and had lunch, we planned to head over to Wat Arun since it was nearby. Again, all of the travel guides said we should get there early, but we got there at around 4 pm and there really wasn’t that many people there. If like me, you were staying on (or coming from) the East side of Bangkok, you will need to cross the Chao Phraya River and take a ferry over to Wat Arun. This costs ฿50 per person (if I’m remembering correctly). There was no line. We were just waiting for the boat to arrive. However, when we arrived on the west side, we noticed that there was a long queue of people waiting to get back to the east side (note – we didn’t have this problem when we left either). So I guess the point of the story is that if you go a bit later in the afternoon, you can avoid the crowds. Of course, this also depends on how long you’re planning to spend there. (Entrance: ฿50) 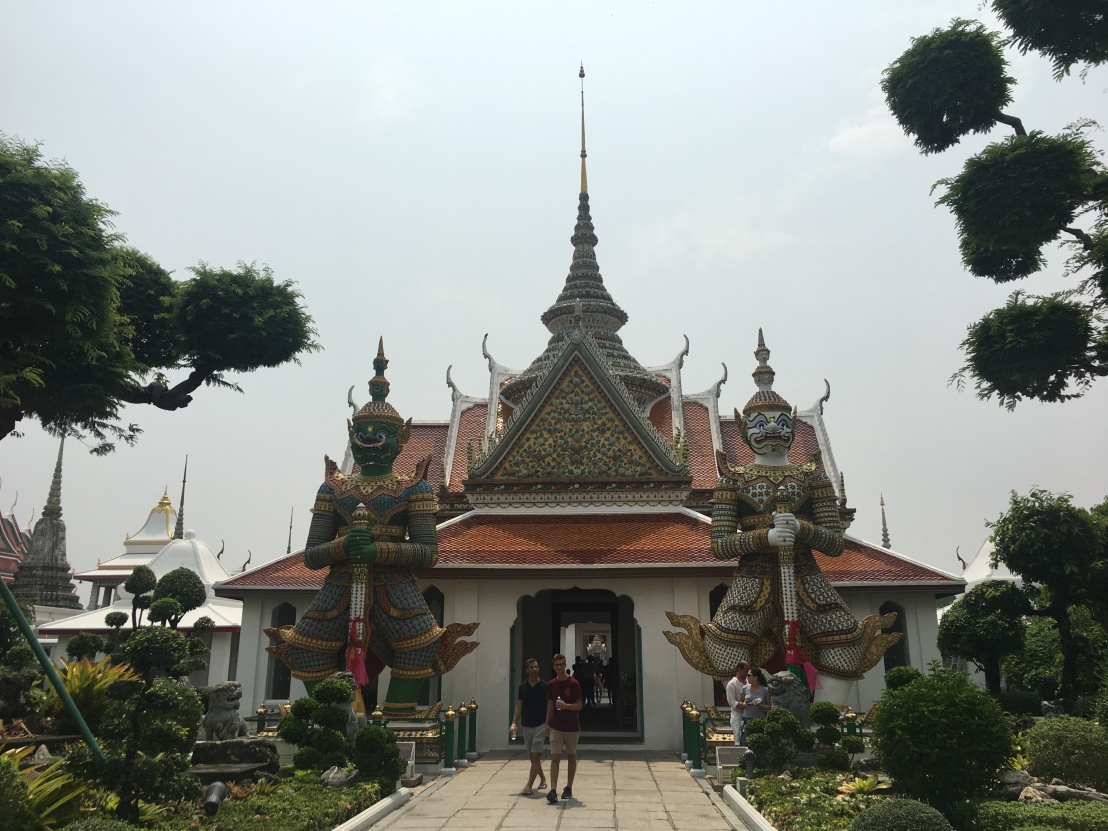 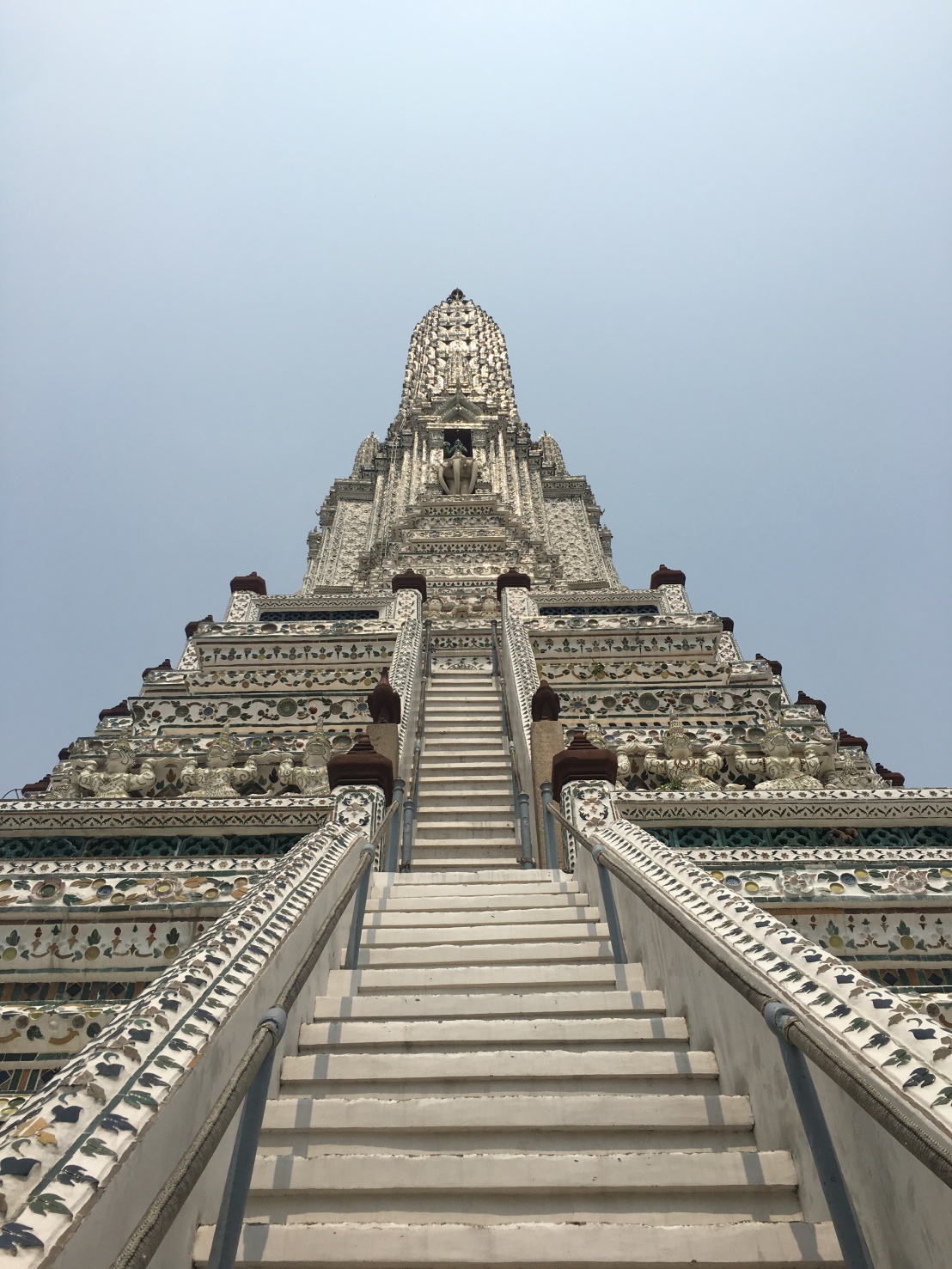 Grand Palace (officially Phra Borom Maha Ratcha Wang): Bangkok – this was a beautiful clusterfuck, for lack of a better word. The reason why I say this is because everything is so beautiful, and the architecture is so intricate there, but the hoards of tourists make it pretty impossible to enjoy all of these aspects. Everywhere you turn, you have to dodge the umbrellas that will almost put your eye out, and you have no room to move. Couple that with high 90s temperatures, and it is not a good mix. The ticket is pretty expensive as well, so although this is one of the “must-see” spots in Bangkok, it’s difficult to see anything with all of the crowds. Enter at your own risk… (Entrance: ฿500) 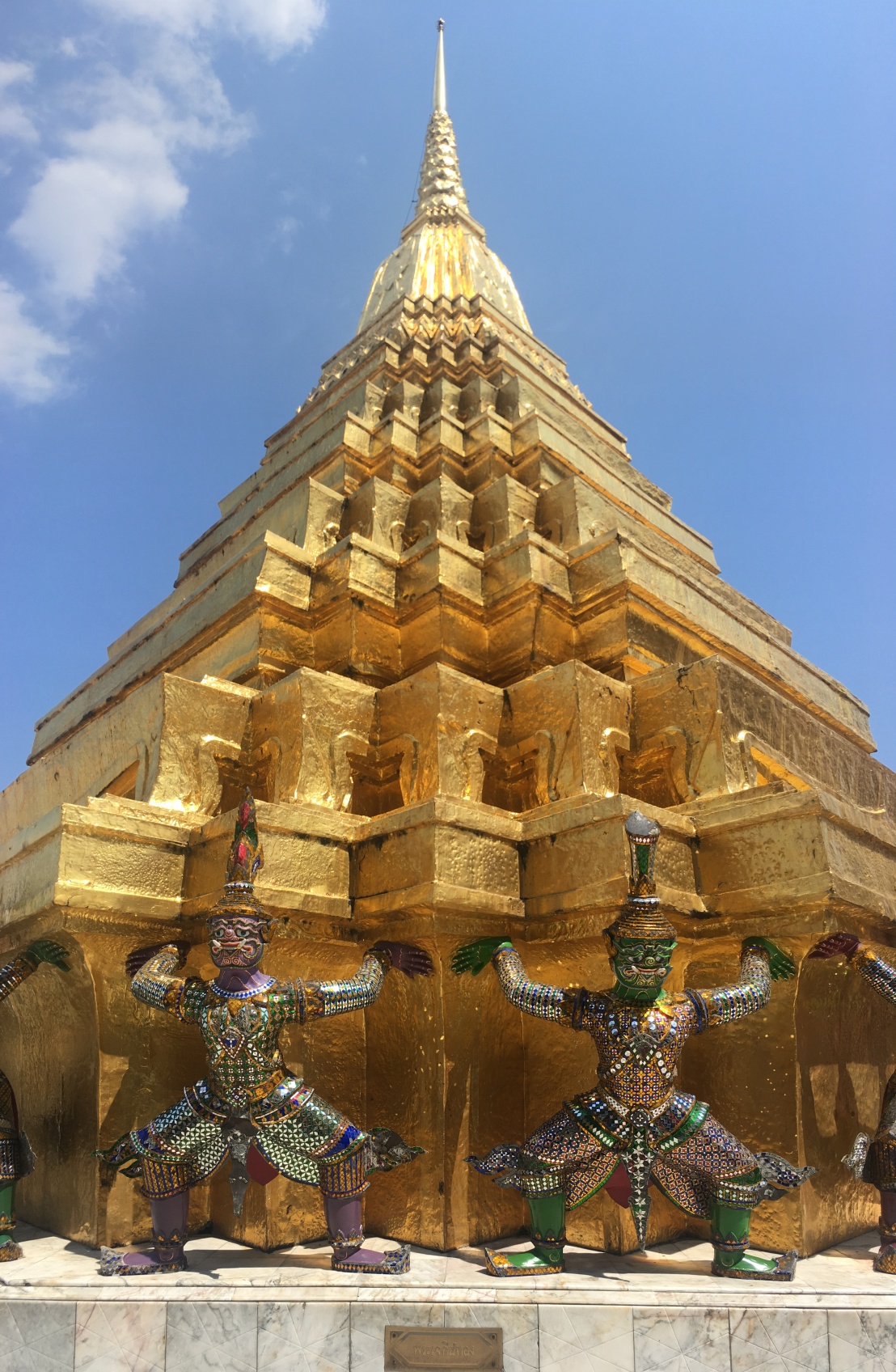 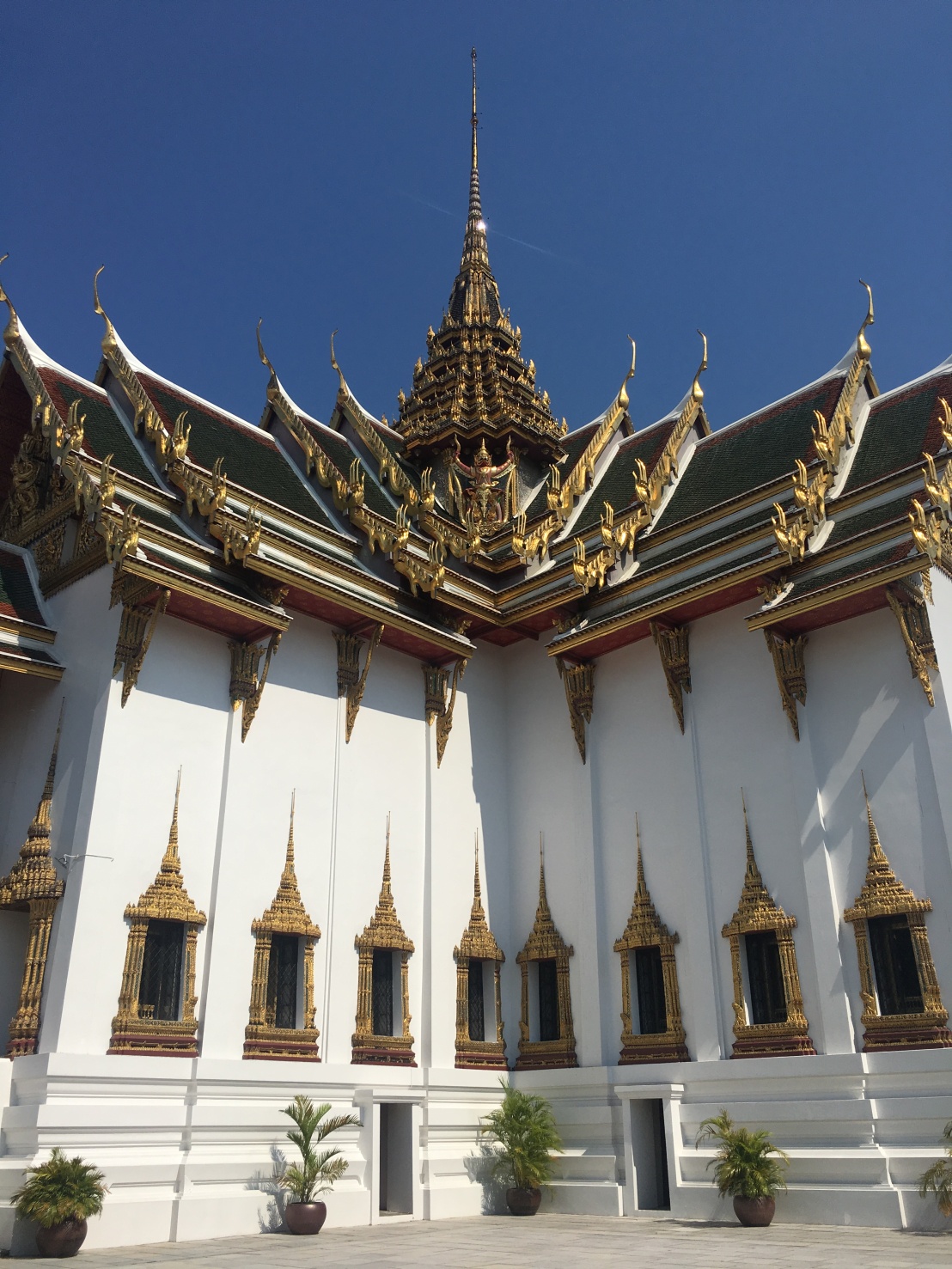 Wat Phra Singh (officially Wat Phra Singh Woramahaviharn): Chiang Mai – this was probably my favorite temple throughout the whole trip because of all of the shiny gold temples. We went around 6 pm, which was a great time to go – probably because everyone was at dinner. There was still a good amount of people there, but it definitely wasn’t crowded. (Entrance: ฿20) 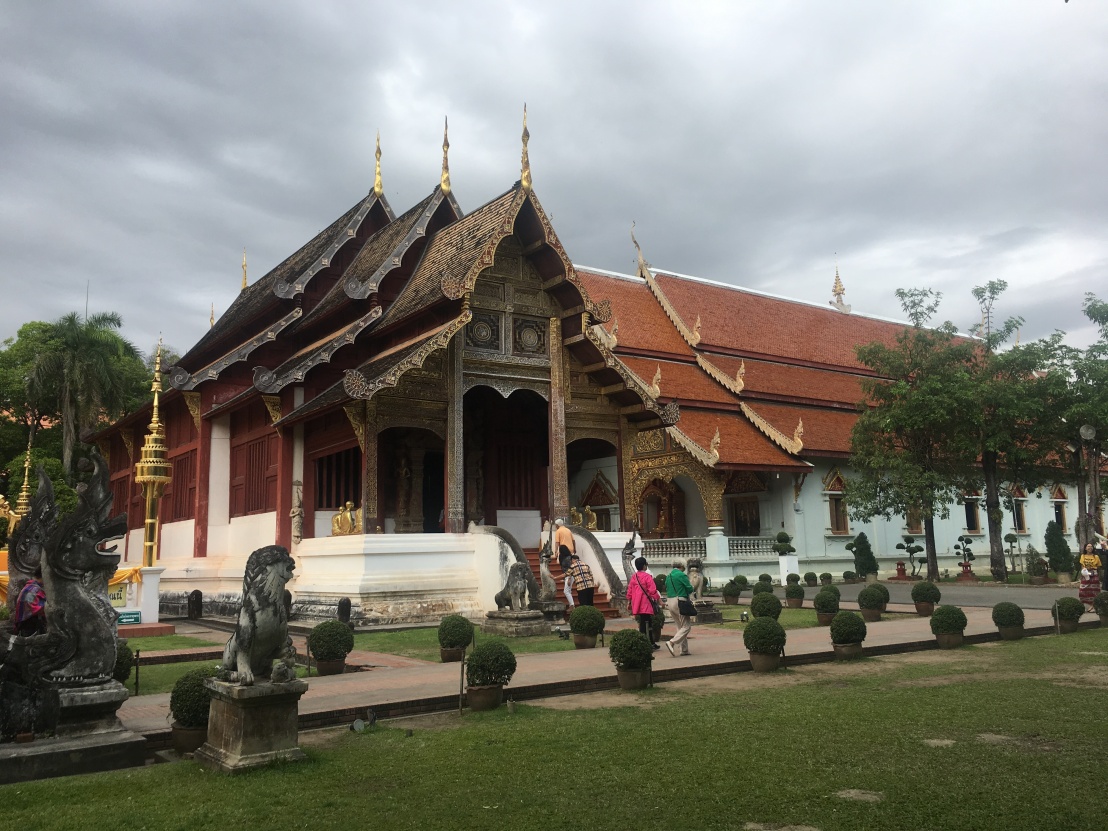 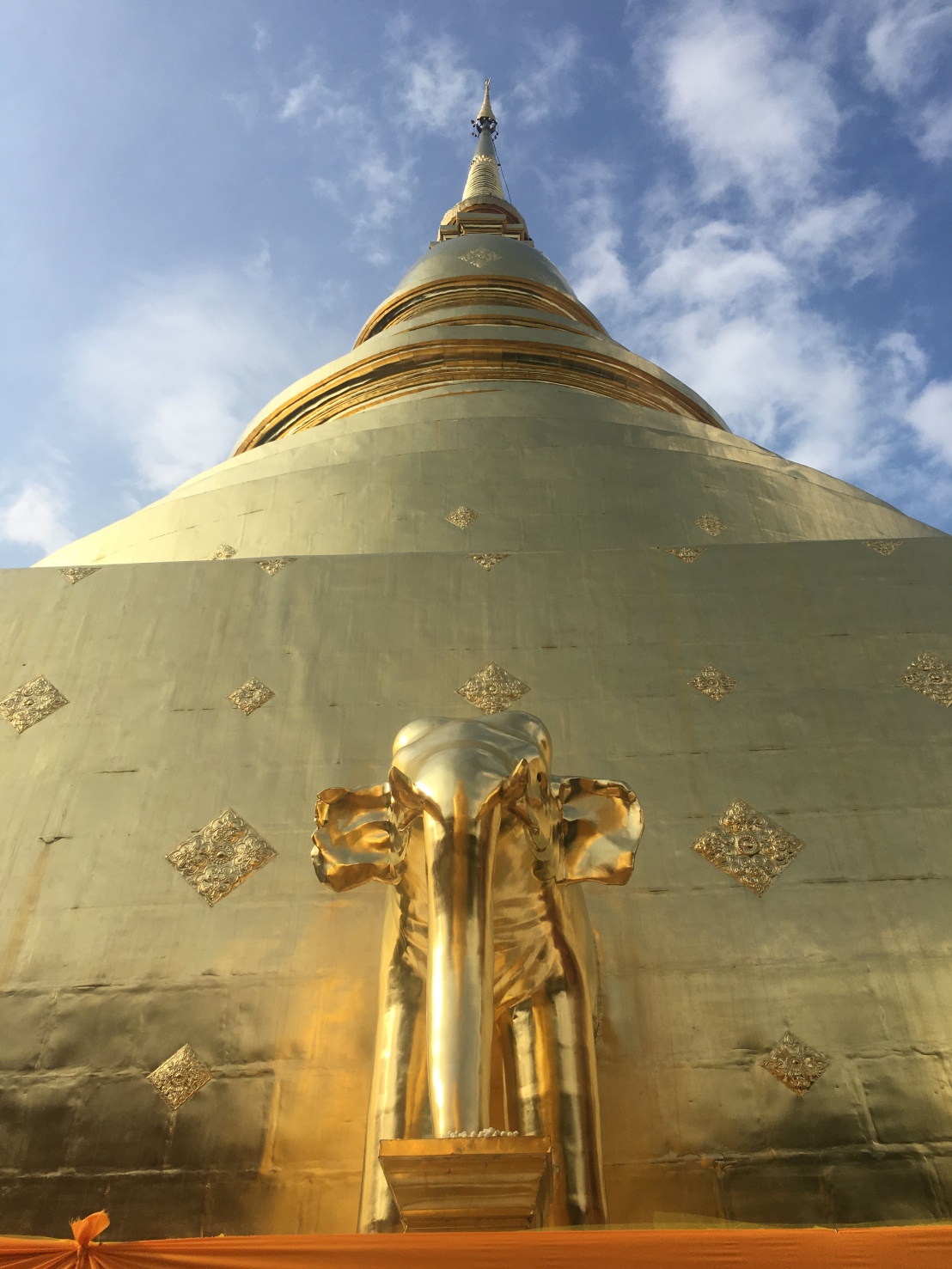 Wat Chedi Luang: Chiang Mai – not as impressive as Wat Phra Singh, in my opinion, but still worth checking out if you have time in Chiang Mai. The top part of the temple collapsed after an erathquake in 1545. We came here right after Wat Phra Singh, at almost 7 pm. All of the tour groups were leaving, so we had plenty of chances for photo ops without people walking into your shot. One thing I did like about this temple though, were the little statues all of the animals from the zodiac (with an elephant added, since Thailand loves their elephants) (Entrance: FREE) 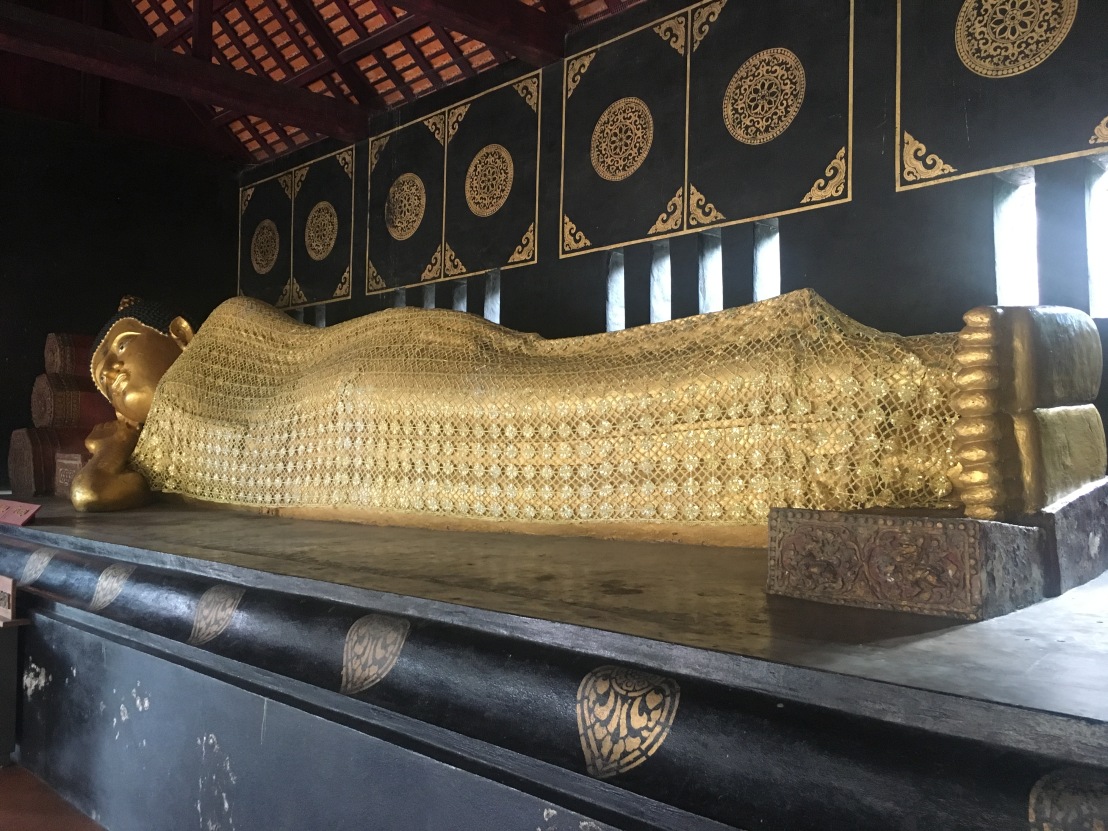 Wat Rong Khun, also known as the White Temple: Chiang Rai – yet another destination ruined by tourists. In pictures, the temple looks amazing. All white, everything. It’s still amazing in person, but again – the crowds make it difficult to move around and enjoy the aesthetics. The most notable aspect was probably the hands that look like they’re reaching up from hell. (Entrance: ฿50) 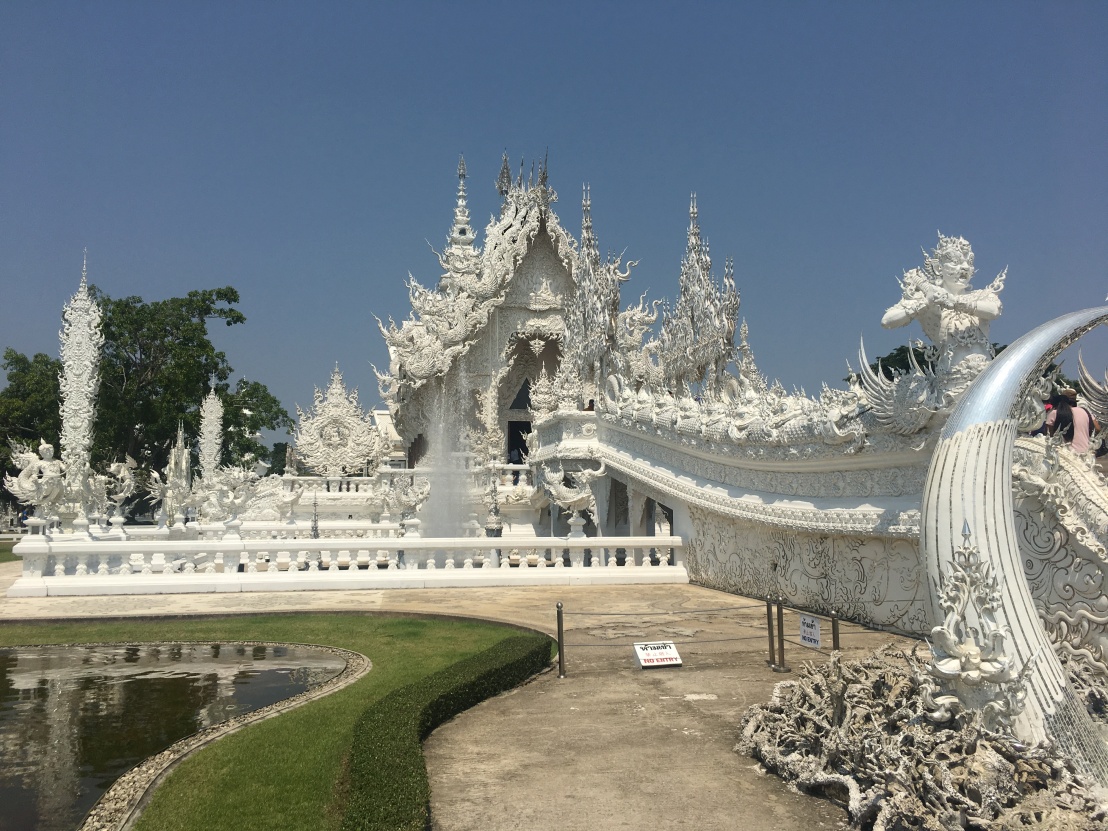 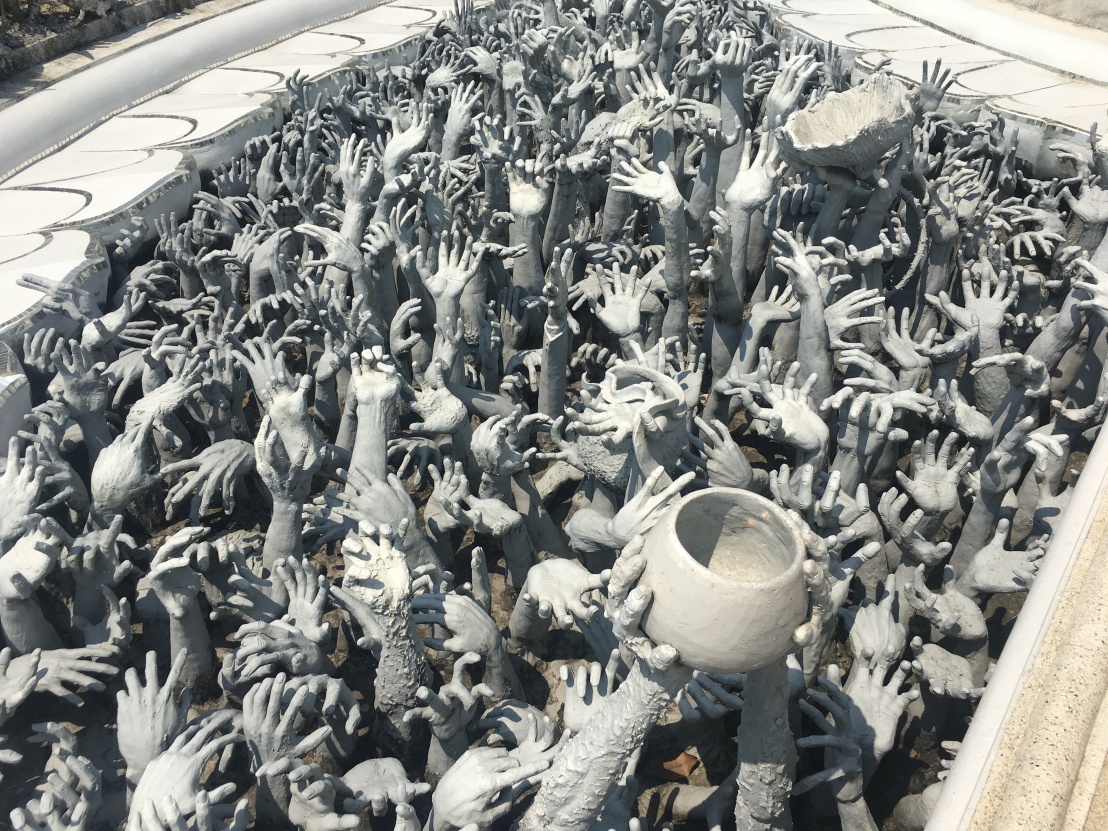 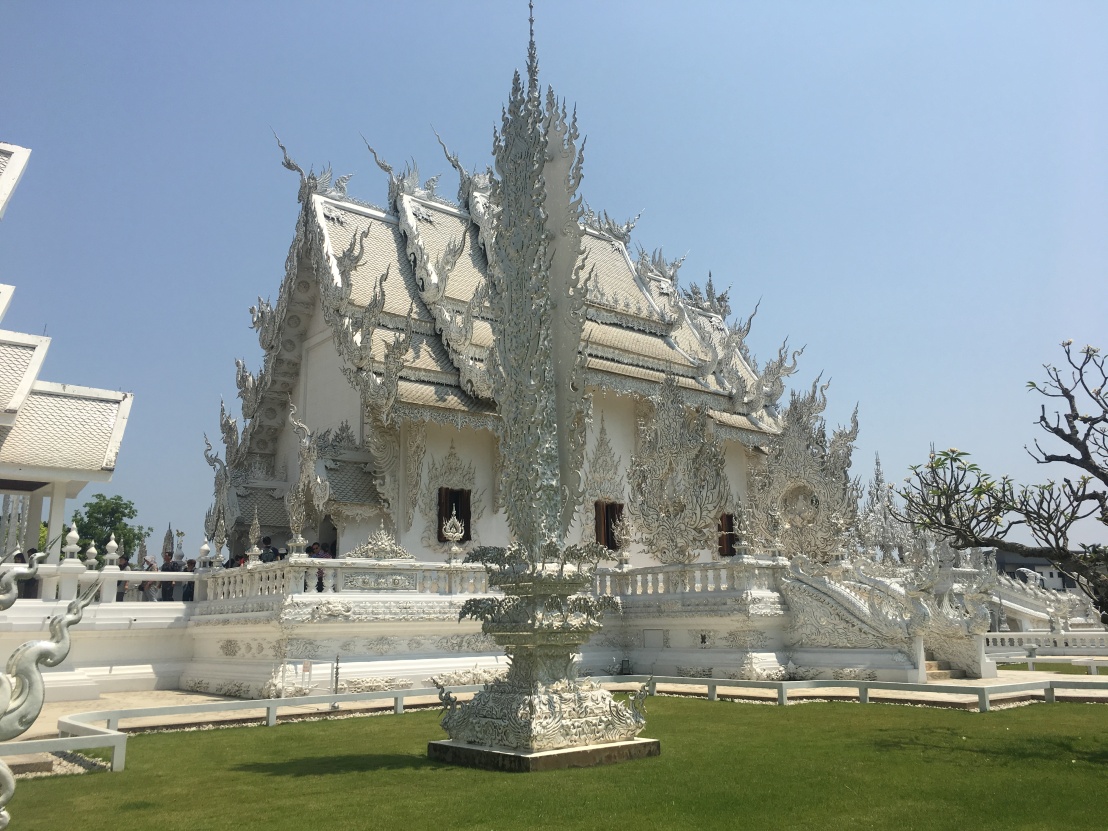 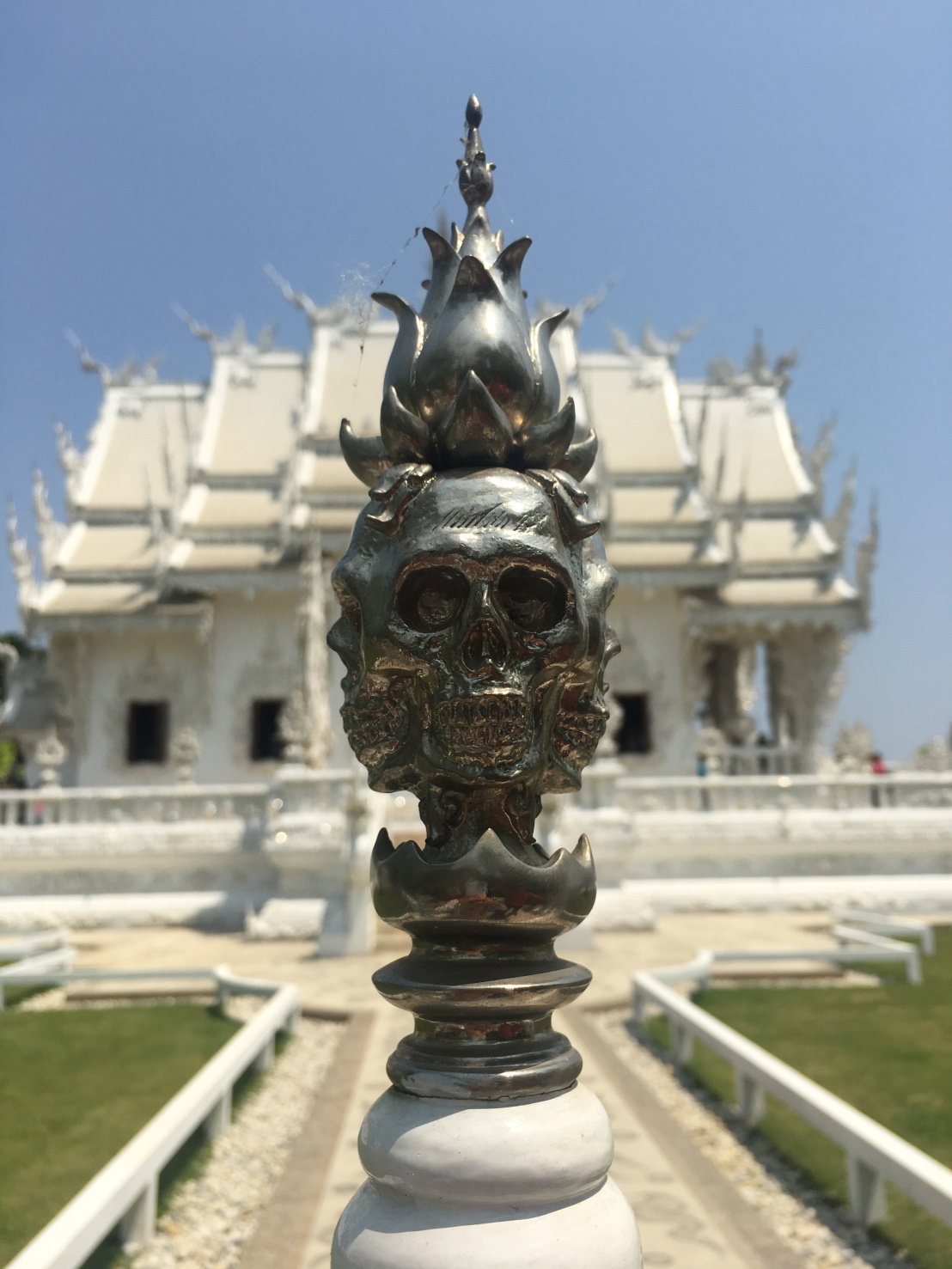 Wat Chedi Luang : Chiang Rai – not to be confused with the temple of the same name in Chiang Mai, this one is located further up north of there. (Entrance: FREE) 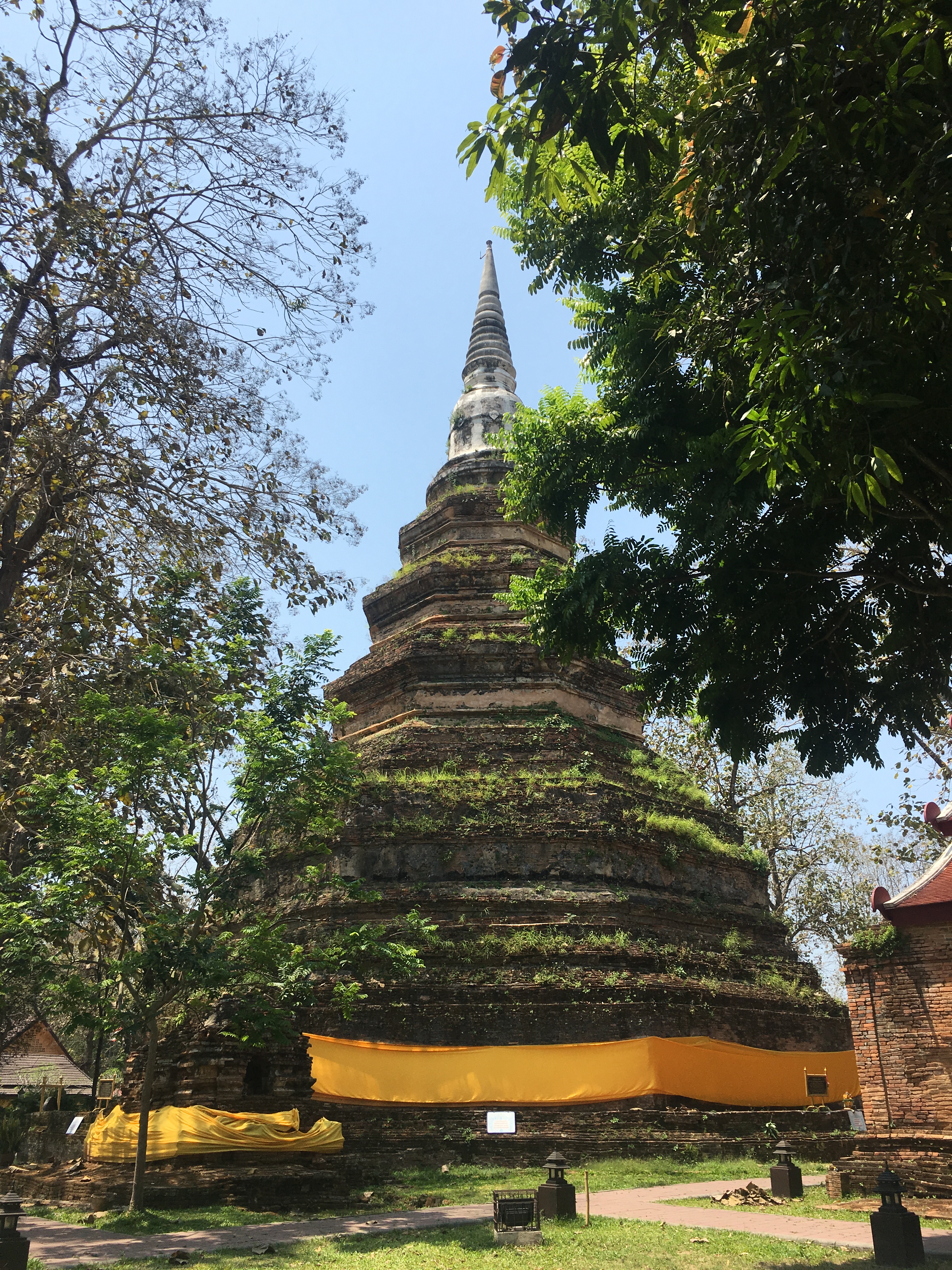 As a general rule of thumb for temples, you should have your shoulders and knees covered, and take off your shoes if you plan to actually go inside the temple.

If you want to explore beyond these few temples I’ve listed, these are two great blog posts that I came across that have good information:

Temples in Bangkok: The Top Ones You Should Visit