Just don’t do it, if you don’t have to. There are a lot of delays, which you won’t know about until you get to the airport. On the way from JFK to our layover destination, Düsseldorf, our overnight flight was delayed by two hours. I forgot to check the flight status before I left the house, but realized that it didn’t matter anyway. Even when I checked the flight status at the airport, their website still said the flight was on time, which it was not. Luckily, we had enough time during our layover to make our connecting flight to Zurich. We even had enough time to hang out at the Hugo Junkers airport lounge. We showed up at the gate to board our final leg about five minutes before our printed boarding time. They didn’t even start until half an hour after that. 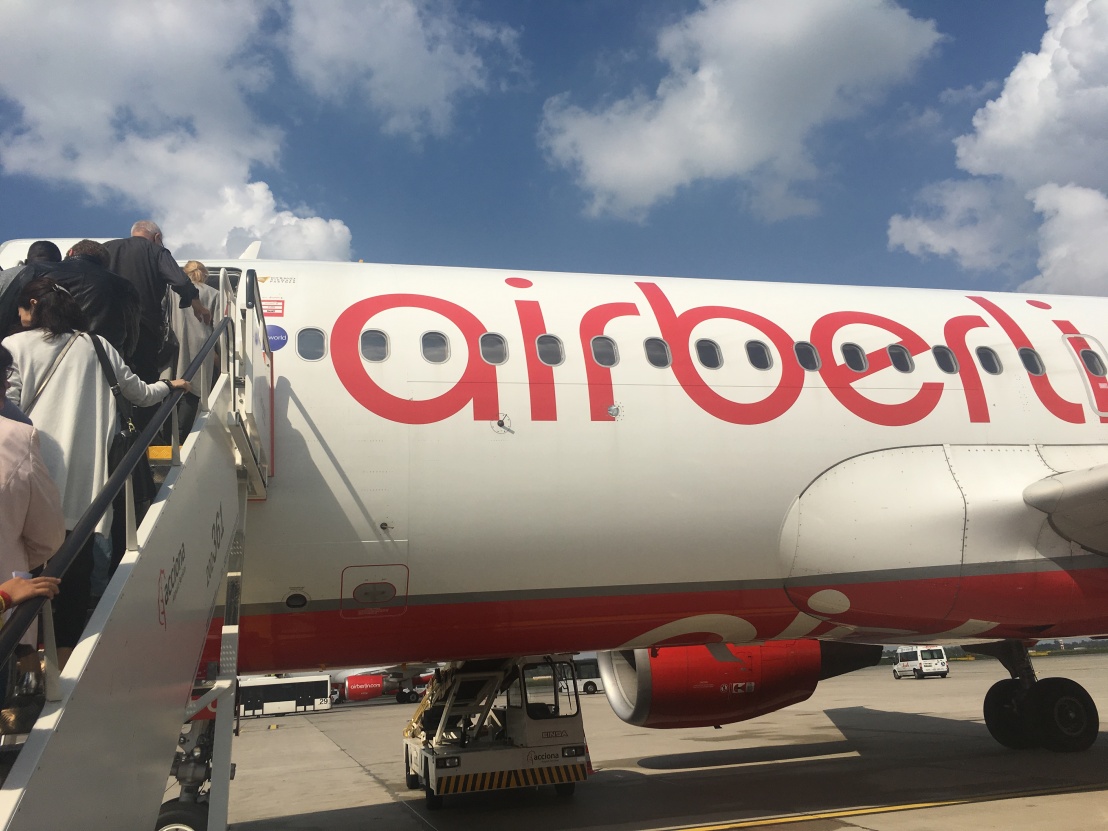 The flight back home to NYC was no better. This time, I checked the Air Berlin website before we left the hotel, which again, was pointless. The site said our flight was on time but we arrived to find out that it was actually delayed about an hour. This made Ben and I (or at least me) very nervous since we once again had a layover – this time in Berlin, but with a shorter layover time. After we landed in Berlin, we still had to take the bus from the tarmac to the terminal. As soon as we got off the bus, we ran to the gate to find out it was delayed by half an hour (meaning a total of 1.5 hours since we were already an hour late coming from Zurich).

Not a great experience overall. So my advice is that if you absolutely must travel with Air Berlin, make sure it’s a nonstop flight, and you’re not in a hurry to get anywhere once you land.